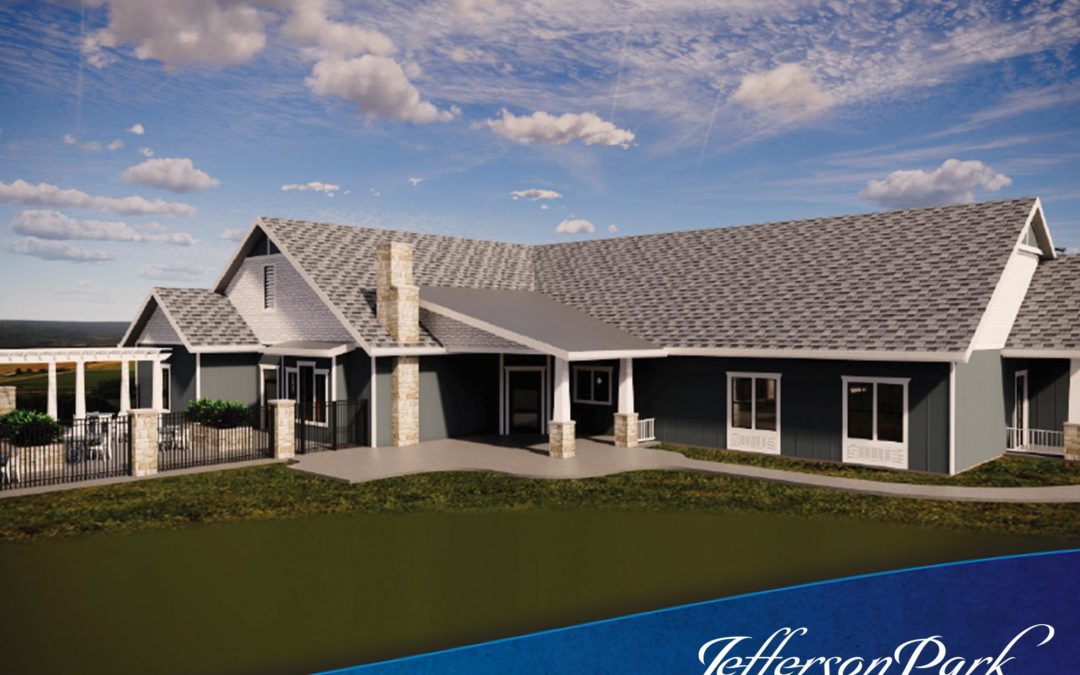 Updated on May 11, 2022: Updates include date of ground breaking ceremony, announcement of Facility Director, update to number of beds, and addition of a video taken April 2022 to show progress thus far.

Jefferson Park will be adding a new location to their name – Jefferson Park at White Pine. We’re thrilled to officially announce the project. In September 2019, it was unanimously voted by the County Commission that funds could and would be used for the building of a second, new facility in White Pine, TN.

A ground breaking ceremony took place on Friday, October 30, 2020, which included Roger Mynatt, Amanda Pruitt – who was named director for the new facility, Mayor of Jefferson County Mark Potts, then Mayor of White Pine Glenn Warren – since Mayor Fred Taylor has been voted in, as well as the Town Alderman of White Pine.

The new White Pine facility will be a skilled nursing care facility with 36 beds in 3 Green House Homes (12 beds per home). Lewis Group Architects (LGA), an architecture firm in Knoxville, TN, worked with us to design the original Green House Homes in Dandridge and are returning to work with us on this project.

Jefferson Park at White Pine will offer the same services as our legacy facility which include long term care, therapy and rehabilitation services, and extended health services.

“Having the opportunity to build a new facility in White Pine is a blessing for us. We’re so fortunate to have a community that supports our mission and values, and we look forward to continuing to serve as a community of compassionate care,” stated Roger Mynatt, Jefferson Park Administrator.

Jefferson Park has served the county for over 50 years and is excited to expand into a second location which will allow for more residents to take advantage of what their facility offers. As a timeline of events is developed, we will keep updated! Thank you for your continued support of our facility.

As of late April 2022, there has been progress with the building of the farmhouse style Green House homes. The structures are up, and most of the exterior is completed. On the inside, walls are framed and other progress is currently being made. We’re getting closer and closer to completion! As of now our hope is to have the facility completed by late fall or early winter of 2022.

Below are renderings that were provided to us by Lewis Group Architects, these are just renderings and the final facility may differ some from the renderings.