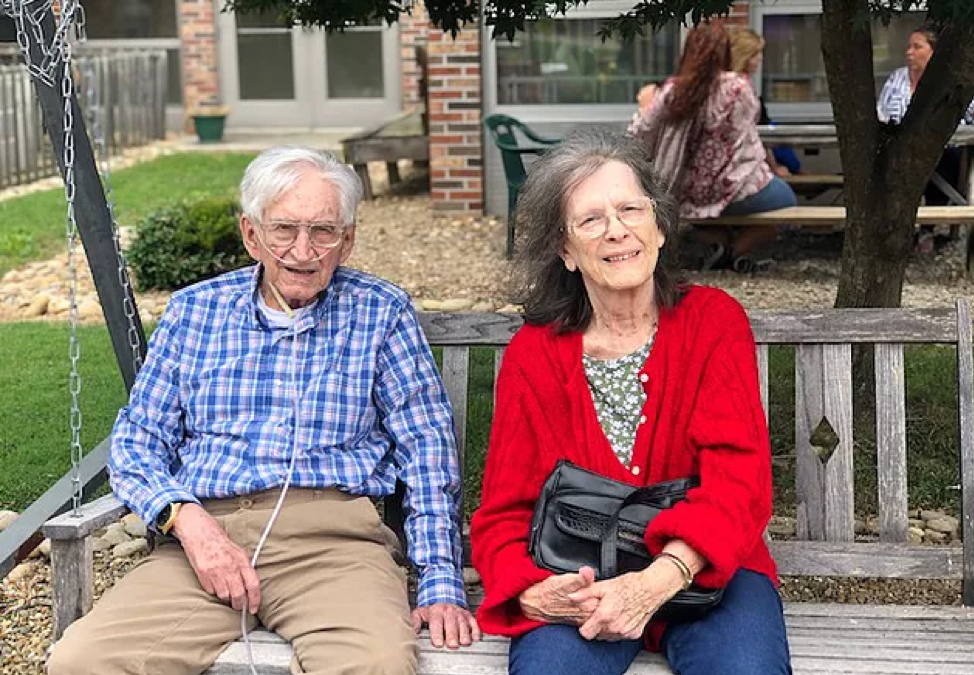 When asked the best advice he could give, Robert Mynatt says “Stay in touch with the Lord.”  This is sound advice from a man who has lived a long, well-traveled life.  Robert was born April 14, 1927, in Knox County, Tennessee, to William Tell and Sarah Hassie Mynatt.  Tell was a farmer, school bus driver and Constable for Knox County.  Hassie was a homemaker, which is good considering Robert was the 10th of 13 children including 9 boys and 3 girls.  The family lived on a large farm where everybody contributed to farm responsibilities.  Robert began farm work at the age of 3 picking strawberries.

When Robert recounts his fondest childhood memory, he tells of the family trip to Norris Dam shortly after it first opened on July 4th, 1936. The family had a picnic, watched boat races and swam in the lake.  Further memories of Robert’s childhood include Christmas time when the home was decorated with stockings hung by the chimney and each child received an apple, orange, stick candy and nuts on Christmas morning.

When World War II broke out, two of Robert’s brothers were drafted into the Army and sent to fight in Europe.  They wrote back to Robert encouraging him to enlist in the Navy rather than being drafted.  At the age of 17, Robert took their advice and joined the Navy, which required Tell to give consent, which he did hesitantly.   Robert left the family farm he had known all of his life and headed to Great Lakes, IL, for Boot Camp and eventually to Oakland, CA, where he boarded the USS Hornet.  While stationed on the Hornet, he was responsible for starting planes and having them ready for the pilots to fly into combat.  The ship was stationed off the coast of Japan where Robert and his crew spent several months.  When the war ended, Robert and his fellow sailors could see the celebrations from other vessels in the middle of the ocean.  As his time in the service progressed, he was stationed in Hawaii until he was transported back to Norfolk, VA, by way of the Panama Canal.

Following his discharge from the Navy, Robert went to work as a Banker for Bank of Knoxville and remained with the bank for 42 years.  He began as a Teller and eventually worked his way to Senior Vice President.  Eventually, he met Gladys who also worked at the bank.  Due to bank policies, once they started dating Gladys went to work for an insurance company located in the bank building.  One winter day when the weather was bad, Robert offered Gladys a ride home and the rest, as they say, is history as they eventually married on June 15th, 1963.  It is easy to see how looking back Robert’s life has been a life well lived.

At Jefferson Park at Dandridge, our residents are more than a room number–they are our family and a large part of what makes our facility the wonderful place it is. Deciding on a skilled care facility for a loved one is never easy, and many fear they will lose their sense of independence. Our team strives to meet every resident where they are in their time of need. If you have been looking for a nursing home or skilled care facility for your loved one, reach out to us today to learn more about our community. 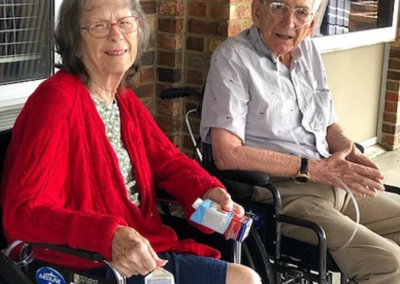 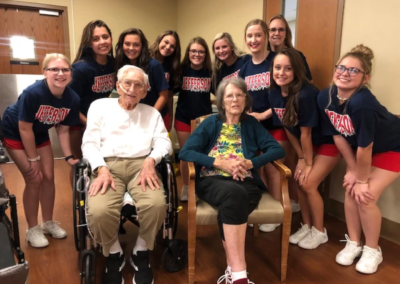 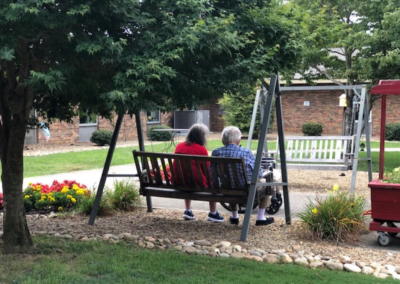 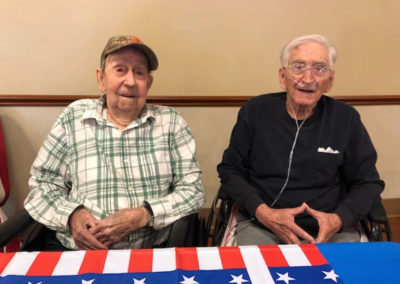