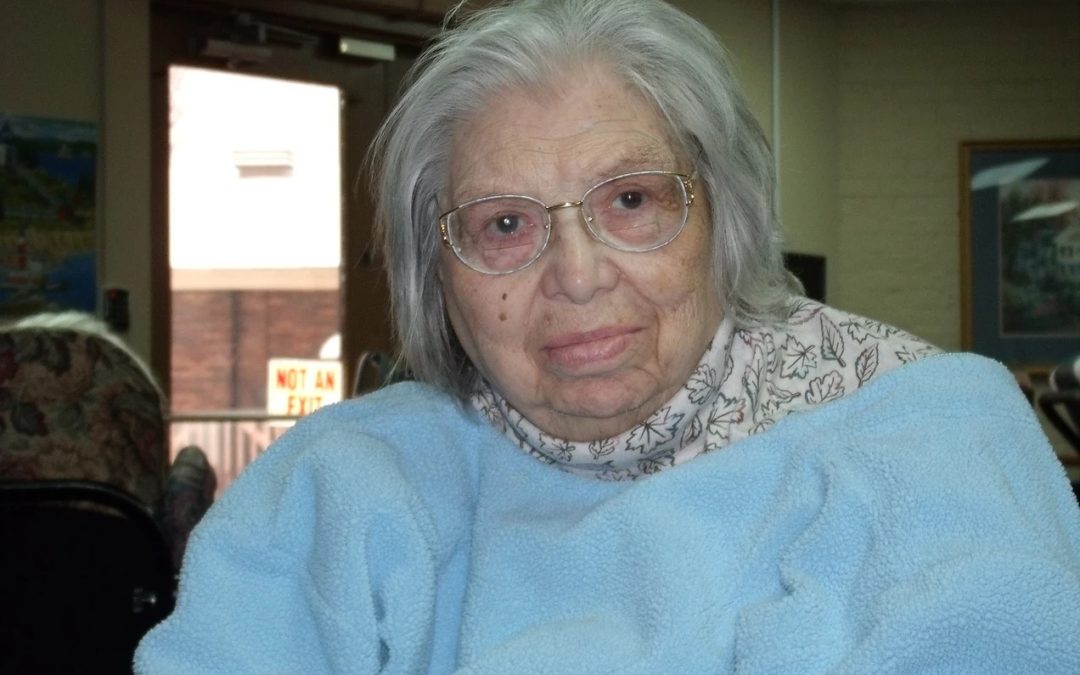 Frances Kraft was born in Washington, D.C.  She spent majority of her life in Herndon, VA.  Her father, Frank, served 22 years in the Navy, and her mother, Mary, was the only mid-wife in the Herndon area.  Frances is one of 5 children, she has two brothers and two sisters.  In September of 1941, Frances’s father became the head foreman of the shipyard in Washington, DC.  As head foreman, Frank was responsible for both President Truman and President Roosevelt’s yachts!  Frances recalls having lunch with Truman and Roosevelt several times over her father’s tenure with the shipyard.  Her favorite thing about living in DC was all the museums, especially the ones with ships in them since her father passed down his knowledge and love of ships to her.

Frances’ brother, Bud, played for the NFL.  Through him, she was able to meet the Baltimore Colts.

Frances and her husband married when she was 16 years old.  He was in the Coast Guard, and they met while at a dance for the Navy School of Music.  They had eight children together whom they raised in Silver Spring, Maryland.

Frances has had several jobs over her lifetime.  She worked for Pick Temple, a cowboy folksinger who starred in The Pick Temple Giant Ranch television show.  This job allowed for her to meet cowboy legend, Roy Rogers.  Frances also worked as a receptionist for a used car lot. One day she was bored and asked if she could attempt to sell a car; they let her, and she DID!  She became a car salesman, or should we say saleslady.  Frances and her husband both worked for Eastman Kodak, and her husband was in the room when the photos from President Kennedy’s assassination were developed under FBI watch.  Frances remembers her husband telling her the FBI told him to say nothing about what the pictures showed and that they knew where he and his family lived.  She and her husband also, at one point in time, owned an antique shop in Gettysburg, Pennsylvania.

Frances moved to Tennessee four years ago to be closer to her daughter, and though her life was action packed before coming to Jefferson Park she enjoys living here.  Since moving to Jefferson Park, Frances still gets to be the social person she was when she was younger through telling our staff and other residents the stories of her youth.  We love listening to Mrs. Frances’ life stories and are proud that she can say “I’m still me.”

Important Information Regarding COVID-19.
Please, keep in mind this is an ever-evolving issue, and we are working hard to keep you up-to-date with what our facility is doing in light of the situation.
Thank you!
Click here to continue reading.