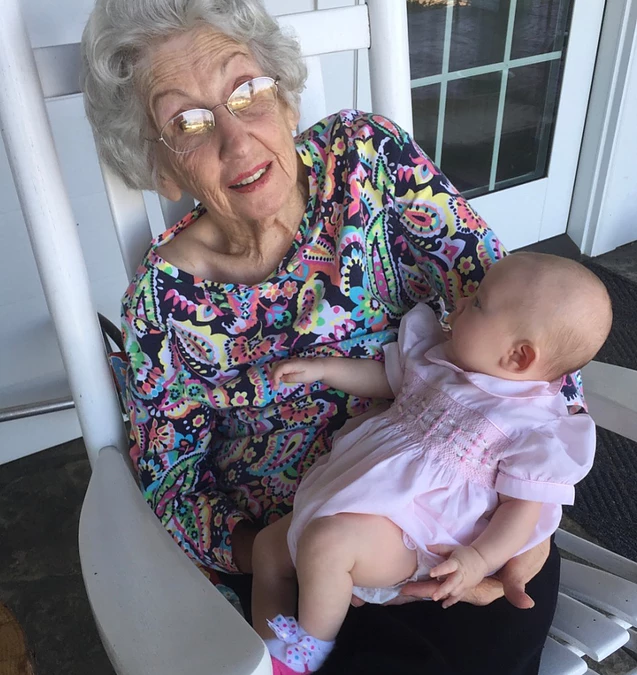 Alvara Frazier Allen was born to Alice Gijon and Henry Frazier on August 4, 1925 in Alabama at her grandmother’s home.  At the time, her mother and father lived in Cuba.  Alvara’s father was a citizen of the United States but was a manager of the Federal Reserve Bank in Cuba.  They came to the United States during the summer of 1925 so Alvara would be born an American citizen.

When Alvara was a few months old, she returned to Cuba with her mother and father. They remained there until Henry was transferred to the Federal Reserve Bank in Atlanta 13 years later.  When her father was initially transferred to Atlanta, Alvara lived with her grandmother in Alabama.  Her father’s time in Atlanta was short, and he was transferred to New Orleans where Alvara moved with her family.  One year later, he would return to the Federal Reserve Bank in Atlanta, but this time Alvara would live in Atlanta with her mother and father.  Her family would remain there until after Alvara graduated high school.  One of her memories from high school is the day the United States entered World War II.  Alvara recalls being in high school when all the children were called together to listen as Franklin Roosevelt made the announcement on December 7, 1941.

After high school, Alvara enrolled in college at Agnes Scott College in Atlanta.  However, her college career would be short lived.  During the summer in which she was attending school, Alvara worked at Emory College.  While attending a dance, Alvara was dancing with a young gentleman, but mid-dance a young man named Dale Allen would ask to cut in.   Dale was attending medical school at Emory College during this time.  On June 24, 1944, Dale and Alvara would wed.  After Dale finished medical school, he was transferred to a naval base in New Orleans; they would reside there until he was transferred to a hospital in Memphis, Tennessee.

Alvara and Dale would welcome their first son, Dale Clark Allen, into the world in January 1947.  After the birth of their first child, Dale was stationed in Guam in the Western Pacific.  During Dale’s 19 month stay, Alvara and their son stayed in Birmingham, Alabama with her parents.  Upon Dale’s return, they would move to White Pine, Tennessee.  Dale would become a partner with Dr. Williams at a local clinic.  He practiced medicine with Dr. Baker and Dr. Miller at this clinic.  The clinic would later be named Allen Clinic where Dale would retire 30 years later.

During the years Dale spent practicing medicine, Alvara worked as a housewife and raised their three children.  Dale Clark Allen, their firstborn, would become an attorney.  Alvara’s second child would be a daughter named Becky.  Becky Cooper would grow up and start her own business, The Glass Bazaar.  Alvara’s youngest son, Claude, raised horses and still resides on the family farm.  After her children were grown, Alvara returned to finish her degree in Spanish.  She enjoyed tutoring college students who were having difficulty with Spanish.

Alvara spent around 12 years as part of the Jefferson County Nursing Home Volunteer Auxiliary.  The Auxiliary raised money to provide Christmas gifts for the residents of the nursing home.  In addition, the group raised money to provide necessities such as hearing aids and dentures for residents unable to afford them.  Furthermore, the group would make crafts and have yearly rummage sales to enable them to support their philanthropic activities.

Alvara’s life has in a sense come full circle; she spent over a decade volunteering and helping the residents at Jefferson Park at Dandridge when it was Jefferson County Nursing Home. Today, she is still giving back to the facility in which she volunteered many years ago. She spends each day making our staff and other elders smile by joking and cutting up, attempting to teach our staff Spanish, and sharing her love with everyone. Alvara also spends her days visiting with her family; she has a close relationship with her three children, and they visit her often.  Alvara says that her life has taught her to be patient and things will always work out.